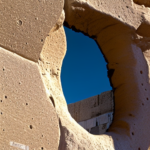 Looking back at 1 year of episodes, Jacob recounts 5 highlights of producing the show including his favorite episode.

Thank you so much for being part of the first year of Space Midrash.

People around the world have listened to episodes and shared the ideas within others. Thank you so much for your participation, we are only getting started.

This is Space Midrash podcast: exploring Jewish civilization in the space age. My name is Jacob Sager, I believe in an ethical humanity artfully thriving amongst the cosmos. And I believe we will only become those people if we can tell the story that inspires us.

I started this podcast a year ago after the space age, or whatever part of space tourism became wildly popular with the launches of the Virgin Galactic and Blue Origin inaugural trips there in June and July of last year. And what a ride it has been since then. Originally this show was going to be pitched as a seasonal thing, and I put out one season and, um, had some huge technical errors in the microphone department and in the editing department. So I deleted all by episode one and decided that this would kind of continue as a never ending nebulous ordeal.

So I’m Jacob Sager. I created Space Midrash as an opportunity to explore Jewish civilization in the space age. And after a year, I feel that we’re coming towards some strong definitions and some good places to look forward. We’ve applied some futurism to Jewish civilization with space tourism and other things. And we’ve done some anthropological reviews of the people and the objects who have gone to space so far. And it’s been great. So thank you so much for joining in on those episodes and the questions people have reached out and the stories they’ve shared.

What’s exciting is that this is only the beginning. This is the only the beginning of the Space Midrash mission. I’ve been rambling so far for what has come out to be about 2 hours of content so far. And that’s awesome. The first thing was I put out that first season. There are seven episodes. We got some great feedback. Um, pretty much all of those episodes have been reproduced and reabsorbed into the content of other episodes.

The other great news that we heard was Space Midrash was cited in a college paper. It was a writing seminar where the author got to choose their own topic, but nonetheless, it was cited in the MLA format.

I think my top moment would be the Havdala episode. If I would recommend something to anyone, like, if you’re going to listen to one episode and that’s actually the one that was cited. They cited the Havdala episode in their paper from February 25 of this last year. It’s a nine minute episode. That was one of my favorite ones to produce.

Another great moment this year, if you’ve noticed, if you’ve been listening to some episodes and are listening to this one now, is that we have produced new music. I worked with a music producer. You can find all of his information there on the page. I worked with a music producer who’s out of Morocco and we worked with a concept from some of the music I had found that I had purchased the rights to in different times. But we wanted something original. So the music and the music that’s the bumper and the opening and the closing is produced by us. So that was exciting.

And the next thing that I’m really excited about, the fifth thing that’s very exciting is we’re going to begin interviews. I have people lined up that we’ve been talking to very relevant thinkers and participants of various nature and what is the intersection of humanity in the space age and Jewish civilization in the space age. So we’ll begin to put out that information as these interviews are produced and then they go live. Ah, any feedback on how the format should go? Believe it or not, these episodes tend to be pretty polished as far as I see. So um, it had been cut down and parsed down. So I wonder if that’s something I should have take with these interviews or just kind of keep the structure of the interview but um, pretty put something raw and whole of the conversations with these individuals maybe have both available. So we’re beginning interviews and those episodes will start coming out soon. So that’s been an exciting year. 20 episodes of Space Midrash, I’m really excited.

The first big memory was that we launched and then relaunched. So I put out seven episodes and then after about a month or so, even though there was great listenership, considering it was my first podcast, I took that down because it was rough and you can hear it in the first episode that is here on wherever you’re listening to podcast episode number 1. Second most exciting thing was I was cited in college paper. Space Midrash was there in the MLA format. Third thing was the Havdava episode. It was different than everything else. It was slightly more spiritual episode and it resonated with a lot of folks and there was a lot of feedback on it. The fourth thing is we produce new music for Space midrash. All the bumper music and the audio tags here are new and original for Space Midrash now. And the next exciting thing is the most exciting thing that we’re going to do looking forward to is beginning interviews that will be part of the Space mid draft discussion.

Thank you so much for listening to Space Midrash this far. Having this whole year and producing these episodes has been a daunting and delightful task. I have learned a lot about myself, learned a lot about cutting out crap to get down to saying something real, to learn something about the Jewish process of ‘drashing and maybe kind of a yeshivish mumbling that comes with a certain kind of ‘drashing. But, uh, it’s pleasure to do this, and I look forward to being part of the conversation about Jewish civilization in the Spanish age. This has been episode 20. I’m Jacob Sager. Thank you so much for listening.

about the show, retrospective