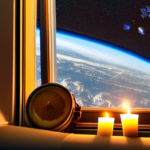 The Space Shuttle Columbia was the first to carry passengers. Across 22 years, it spent more than 300 days in Orbit. Among it’s payloads were two different Torahs. One at the beginning of it’s saga and the other, tragically at the end. This episode chronicles the Torahs brought aboard the Space Shuttle Columbia by Jeffrey Hoffman in 1996 and Ilan Ramon in 2003.

Reusability is important when it comes to rocketry and space technology. And as we look on the short but dense and rich history of space travel so far, there’s a hero of reusability want to remember, which is the Space Shuttle Columbia, which was the first Space Shuttle to go to space. And of all its payloads, it carried two different Torahs.

You are listening to space midrash. This is episode 13 titled two Torahs on Columbia. This episode is about the Space Shuttle Columbia, which flew 28 missions over 22 years, totaling almost 300 days in space. Of the famous payloads, which included the Chandra Observatory and the Space Hub double research model, there were two separate Torahs on two separate flights. The cost and meaning of everything we’re a Space Shuttle is so high that we know that these Torahs, like other payloads on Space Shuttles, have a specific meaning as well as a value for all of humanity.

My name is Jacob and I was Bar Mitzvahed on a double parasha Shabbat, where in our community we brought out and read from two separate Torah scrolls. There’s a certain majesty to the procession of the Torah, which has only increased in those special circumstances where there’s even more Torah scrolls. As routine and boring as the Shuttle missions may have become, the act of bringing a Torah was epic. It’s an ancient media device with intergenerational accessibility.

There’s these two interesting stories of Torahs going on to the Space Shuttle Columbia, and it’s very different circumstances in very different years. In one circumstance, it’s the beginning of a tourist scroll, and at the other, it’s the end of the story of a Torah scroll.

So let’s talk about the first the Space Torah that went up on the Space Shuttle Columbia in 1996. Dr. Jeffrey Hoffman is a radio astronomer at MIT, where he’s been for a number of years. And before that, he was a NASA liaison to the European Union and the European Space Administration in Paris. And before that, he was the third Jewish astronaut who flew almost to combined two months in space on multiple missions. You may remember him as the guy who repaired the Hubble telescope out in the middle of space. That wasn’t his first time going into space to repair a satellite. Dr. Hoffman humbly yet boldly brings his Judaism to outer space. He’s also famous for spinning a dreidel during a live stream from the Space Shuttle, as well as bringing a Torah along with him with loads of flight time under his belt, Hoffman was discussing with community rabbis in Houston about bringing a Torah with him to space. Of course, astronauts are limited in what they can bring, so a section of the Torah’s parchment was separated from the rest, and he brought that up to space. And it was the section that included the beginning beresheet, the opening of the Torah.

Although his fight was during Passover, since he didn’t have a minyan he wasn’t reading the Parsha of the Week and chose and found gray sheet to be very poignant, given the celestial imagery in the opening passages. It’s worth noting that the crew of Apollo Eight, which was the first crew to fly around the moon on Christmas in 1968, read that passage from the King James Bible in their radio addresses. Upon return, Hoffman’s community had a sofer, the scribe who writes and fixes the Torah scroll. And they did a community ritual of fixing the parchment and inspecting the letters. And they included the children in fixing the letters to make the Torah kosher and confirm it’s completely kosher. And so that’s the space Torah that Dr. Jeffrey Hoffman brought with him. He actually videotaped himself. Rather, he had another crew member who is not Jewish, who wasn’t an American astronaut, videotape him. And it’s funny because it was not so well known at the time outside of the Houston community about this. And, um, today it probably would be. He made a tik tok video 25 years too soon and had no way to broadcast it. The story is becoming more popular now as this has been produced into a movie by Rachel Raz called Space Torah, and you can visit the Torah in Houston.

The Torah is a part of the community it’s red from and it’s celebrated alongside the other scrolls in that community. And it’s adorned with two crowns on the handles that are silver and they’re shaped as space shuttles. It’s a beautiful thing. Very cool, worth seeing if you’re in Houston.

Ilan Ramon was the 12th Jewish astronaut and he flew on Colombia in 2003. As the first Israeli astronaut, he took upon himself certain symbolic and spiritual significance to the meaning he would carry. Accordingly, he brought meaningful Jewish objects, and in particular, he took a tiny Torah that had survived the Nazi concentration camp Bergen Beltsin.

The story of that Torah is that a preteen befriended a rabbi in the concentration camp and the rabbi would spend a few moments studying Torah and Jewish culture with a young man every day until it was time to do a bar mitzvah, which they did in secret inside the bunks. Very quickly, early one morning, the rabbi had smuggled a tiny torah scroll into the camp and knowing he would not make it to live through the war, the rabbi gave the Torah scroll to the young man saying that he needs to keep this and preserve it to let people know what happened and to preserve and continue their culture. And that man was Joaquin Joseph, who went on to become a science professor in Israel. Ramon worked with Joseph on the mission and befriending each other and visiting his home and seeing this Torah and hearing its story, Ramon asked to bring it with him to space as a symbol. Additionally, Ilan Ramon had a microfiche to notch like the size of a credit card that was given to him by the President of Israel. Joseph recounts before he passed in 2008 that it was a symbol to Ramon that people can come from the depths of hell and emerge and find themselves venturing into outer space. It was the symbol of hope, the symbol of possibility, of real redemption.

The space shuttle Columbia unfortunately saw a tragic end disintegrating during descent in 2003. Aboard was the Bergen Beltsin Torah. The shuttle flew 28 flights totaling 300 days in space. And of all those missions, two included a Torah. Columbia also carried into space the first female commander of an American space flight, the first European astronaut, the first female astronaut of Indian origin, and the first Israeli astronaut.

Columbia,The name comes from Columbus, as in Christopher Columbus, credited in popular mythology is discovering the Americas. In the narrative of the United States of America, colombia is this personified woman lighting the way. It’s fitting that a veteran craft with such a symbolic with name would carry a Torah to the heavens not once, but twice. Thank you for listening. This has been Space Midrash episode 13 titled Two Torahs on Columbia.