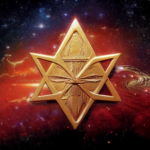 Happy passover. We want to welcome back Eytan Stibbe to planet Earth, who had a successful mission up on the International Space Station and to his part in the historical Axis one crew, which was the first all private crew to fly a chartered SpaceX mission to the International Space Station. It was the first all private crew on the International Space Station did science projects there via video chat with Israeli high school and college students who designed these experiments. What a time to be alive, to be video chatting on the experiments that you’re making in your high school class with an astronaut who’s up in the space station doing it for you and you’re learning together. Amazing stuff. Congratulations to everyone on a successful mission.

You are listening to Space Midrash. This is episode eleven seeding the Jewish space program. This episode is about finding the others and making a packing list. I want to plant the seed that a Jewish perspective and voice on human civilization in the space age is a necessary and even valuable endeavor. In this episode, let’s discuss what a space program is, what has been historically, what it could be, and why and how a Jewish space program should take shape.

I’m Jacob Sager, I got a minor in government in college, but I majored in literature. The human space program is a broader endeavor than just extreme government spending on obscure science. It’s a natural extension of human exploration and growth and expression. Jewish people who care about human expansion into space and care about Jewish continuity into the future, we should find each other and build a cohesive integration of whatever it means to be Jewish into the space age, and not just for the sake of Jews and Judaism, but for the sake of humanity in the universe.

I’m a serial entrepreneur who loves to read. I got deep into the books of Frank White, the space philosopher, last year. Human history is always evolving exponentially. And while I didn’t think I’d see space civilization growing up when I was a kid, now I believe we’re witnessing a Columbus finding the New World style breakthrough in space travel. As human societies expand and form in space, whether in orbit or on celestial bodies, what is human will expand and form two, including business, love, betrayal, society, art, death. How humans live can be shaped by many things. And I want to positively shape what is a human life cycle in space by bringing what is Jewish along.

For the longest time, they were just two space programs: The United States and the USSR, The Soviet Union. While they were scientific endeavors, they were heavily supported by the military in each country. And now we’re at a time where there are a lot of space programs, and many of them are working together, and even not together, to amalgamate and make this mosaic that is the human space program. The human space program being the full endeavor that is humanity, that is civilizations pushed together. The overarching human space program is an interrelated and multidisciplinary endeavor. We underappreciate how much the arts are a part of it, and we’ve yet to relate to humanities in a meaningful way. Frank White, the space philosopher, outlines the needs for the humanities in a larger human space program. He’s the writer who cataloged the overview effect, the phenomena and philosophy in which the perception of Earth from space expands an astronaut’s sense of humanity and gives them a shift in their consciousness and perception and cognition of what life could mean. It’s a different answer for every astronaut, but there are some patterns there. He says for the overview effect to have a large effect on humanity, to deeply penetrate, it needs to be understood. It can be understood. For the overview effect to have a large impact on humanity, like all 7 billion of us, 8 billion of us, it can be understood through cognition. It can be understood. It doesn’t necessarily need to be experienced. We don’t need to go to space. And it can affect billions of people, but just hundreds of millions got to learn about it.

So I think that there is a good space in which there are so many millions of people who are part of the human space program right now, and they’re aware of this science. And there are many of the rest of us who are out there doing whatever, being fanatics of the situation, arm, share historians or just occasionally seeing the news headlines when we scroll through Facebook that this knowledge can deeply affect us. But there’s a piece that isn’t always fully considered, which is this social psychological impact, which is the overview effect. And I think that there’s an opportunity for a Jewish space program with the concept of spreading the overview effect of Really sharing this idea amongst Jewish communities and really going deeper into it and considering it.

Seeing the Earth from space and seeing the Earth in space and seeing space and getting that we’re just at the beginning of an opportunity to go deeper into it and to spread out and have an ethical, artful and inclusive humanity. So let’s create a Jewish space program. Let’s lead a conversation on a meaningful life and death beyond Earth. A Jewish space program can be an informal federation of organizations meeting just to share opinions and celebrate life. We don’t need to wait for a synagogue on the moon to get started. We should start now within our social groups, our families, our local communities and larger organizations. International Jewish organizations and associations of organizations at an international level should really consider having a space program or perspective on space or should sponsor Jewish objects from our communities going up in the space. Jewish cultures worldwide can integrate and disseminate the overview effect and positively shape human society in space. And I think by disseminating the overview effect, it can be positive in the overall intellectual capacity of planet Earth.

Because one of the weird failures is that, like, I mean, this is all our life. Our whole life is on planet Earth. Everything is. Humanity is on Planet Earth. We are here, but we live and think as simply about the universe as they did hundreds and hundreds of years ago. And we know so much more than we did. And we have the opportunity to know more. And we need to just offer this, offer this perspective. We can only do that if we start talking about it, if we argue and struggle with it.

So let’s find the others. Let’s pursue the future. I believe in an ethical, artful, and inclusive humanity thriving amongst the cosmos. And I want to invite you if you care about human expansion in space. If you believe it’s happening. If you know it’s happening. And you care about Jewish continuity into the future. We should find each other and build a cohesive integration of whatever it means to be Jewish into the space age. And not just for the sake of Jews in Judaism. But for the sake of humanity in the universe.