Ep. 2: Which Astronauts are Jewish?

In Episode 2 of Space Midrash, Jacob introduces the first 16 Jewish Astronauts and the Jewish objects they brought into space. In his opening monologue, he probes why there’s a higher percentage of Jewish astronauts than Jews from the general population as well as confront the misconception that there were only 2 Jewish astronauts.

Learn more about the individual astronauts starting with wikipedia: https://en.wikipedia.org/wiki/List_of_Jewish_astronauts

Learn about Jeffrey Hoffman and the Judaica he brought on his missions from the Space Torah Project @ www.spacetorahproject.com 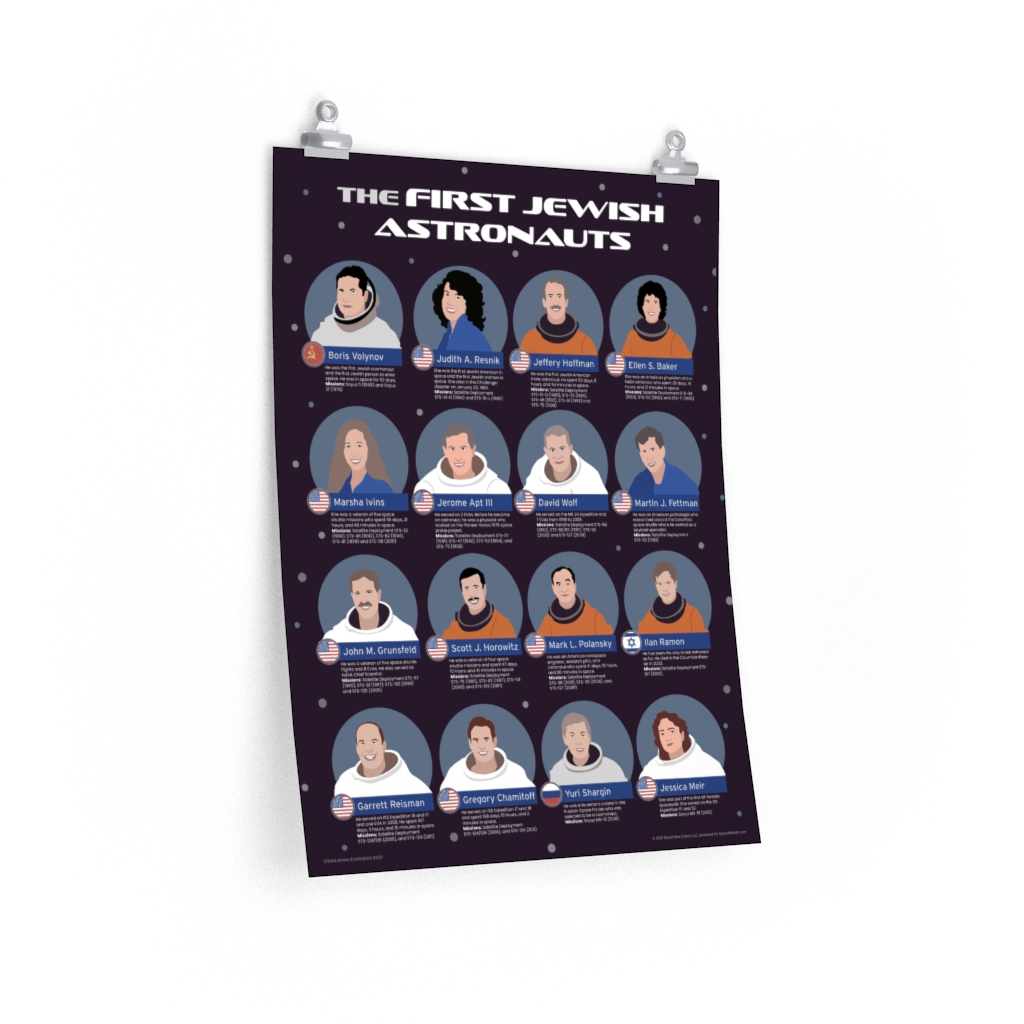 Shipping and Taxes Included – Ships to all 50 states within 2 weeks. No international orders at this time.